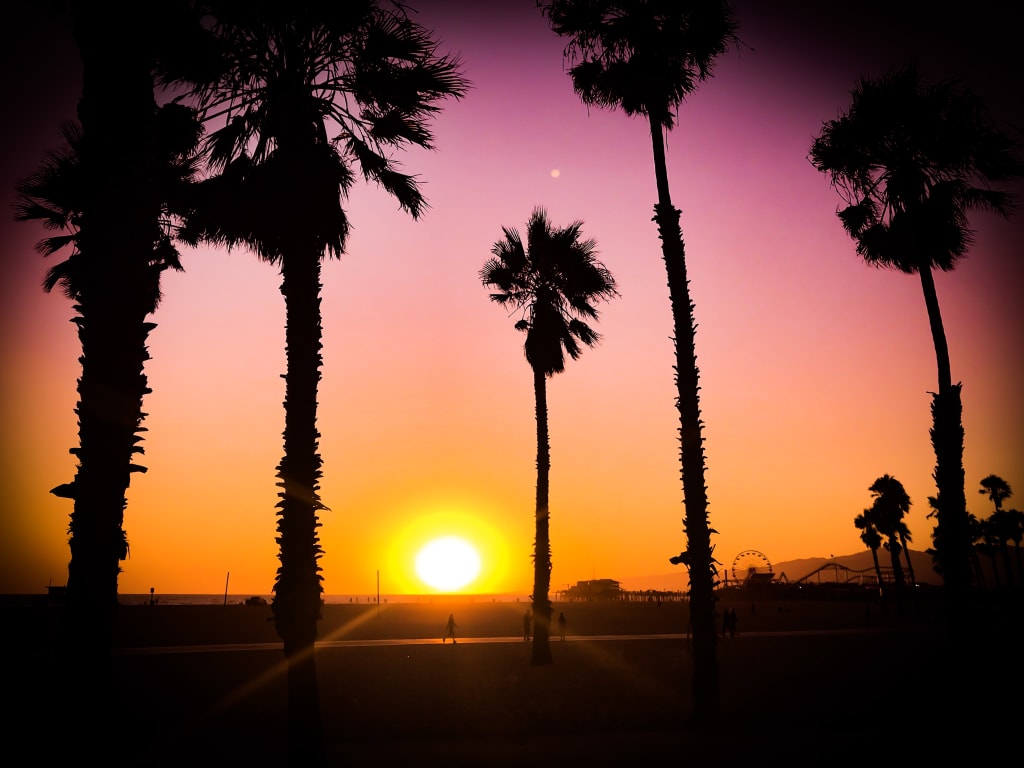 From a Small Village in Northern Italy to LA, with a Layover in Paris.

I will start by saying that I love Los Angeles with all my heart, and I feel immensely grateful to be here.

I began dreaming about Southern California and the City of Angels when I was an angry teenager, locked in my room, listening to punk rock music. It was the early 2000s, and I hated my life back then. I felt imprisoned in a village of three hundred souls in rural Northern Italy. I will not deny that my father’s native place looks so picturesque, all immersed in the vineyards, perched on the Langhe hills, at the foot of the Alps. When the leaves turn red, purple, and gold in the fall, and the mist rises from the shady valleys, what an incredible explosion of colors, what a breathtaking landscape. My mom used to compare the pattern of the fall foliage of the vineyards on the hills to the luxurious multi-color fabrics of Missoni garments. Trust me; you could definitely thrive there as a farmer, a wine producer, or a hospitality business owner. But I was a rebellious 16-year-old girl craving adventure and freedom, and I could not fit into that lifestyle. Back then, I wished I could fit in; you bet it. I would have done anything to belong, just like all teenagers. But I couldn’t. Yet locked in my room, listening to my music, I could travel with my mind.

On the other side of the world, 6,000 miles away from my tiny village in the Langhe, there was Southern California. I proudly possessed the entire discography of all my favorite bands of the time: The Offspring, from Garden Grove, Orange County; Blink-182, from Poway, San Diego County; and, of course, the Red Hot Chili Peppers from Los Angeles. I learned American English by reading the lyrics of their songs and singing along, imitating the singers’ accents. Thank you so much, Anthony Kiedis, for being the best American English teacher ever! In Southern California, endless, foggy, grey winters did not add up to teenage crises. Contrarily to the vine plants, palm trees and ficus trees never lose their colors. They never shed their leaves. In every season, the sun would outshine the pain of growing up––soothing and relieving it. The ebb and flow of the Pacific Ocean would lull me to sleep. My nightmares would be less scary at the beach. Los Angeles would be big enough for me to breathe.

And there I was, ten years after, on that plane. Even if I had already traveled a lot all around Europe and North Africa, it was my very first intercontinental flight on a Boeing 747. My teenage dream was coming true. A twelve-hour flight from Paris would get me to Los Angeles. “How awesome!”, you might say. Just a small detail: it was a one-way trip. I was flying there not to visit, as a tourist, but to stay indefinitely. An award from an important Parisian advertising company gave me the ability to develop my research project at UCLA, one of the best universities in the United States. A once-in-a-lifetime opportunity. I was leaving behind myself old Europe, a stable relationship in Paris, and my entire family in Northern Italy. All on my own. On that flight, 38,000 feet above the Atlantic Ocean, over the Arctic glaciers, I shed all my tears. It was a leap into the unknown. What if I had expected too much? What if Southern California did not look at all as I had pictured it? After so many years of dreaming about it, all my expectations could be shattered by a completely different reality. I was terrified.

It was mid-September 2016. I got out of LAX Bradley International Terminal right at sunset. The best possible time in Los Angeles. The cloudless, crystal-clear sky over me looked impressively huge. It had the most vivid colors I had ever seen. In the westernmost side of the celestial dome, just on the line of the horizon towards Playa del Rey and the Pacific Ocean, it was orange, almost imperceptibly transitioning to red all around the fiery ball of the sun. On the opposite end, in the direction of the 405 Freeway, the pulsing artery of the city, everything was deep blue. Between these two complementary colors, in the middle of the sky, there were all the possible shades of violet, purple, and crimson. The warm and dry Santa Ana winds were blowing from the East, ruffling my hair. Despite traffic, despite jet-leg, despite the fact that I was all alone on another continent 6,000 miles away from anyone and anything I had ever known, I sat on my own suitcases while waiting for a cab and smiled. It felt right. I breathed deeply. It just felt like home.

I still live here in Los Angeles five years later, and I do not see myself living anywhere else.

I am an award-winning researcher in Historical Linguistics, a multilingual published author, a public speaker, and a highly qualified academic translator. I originally come from a small village named Coazzolo, in Northern Italy. After spending several years in Paris to pursue my Ph.D., I fell in love with Los Angeles, and I currently live in this wonderful city. In light of my personal life journey, I fight against the discrimination that women still have to face in higher education.

I am an award-winning researcher in Historical Linguistics, a multilingual published author (and translator), a public speaker, and an academic & post-academic coach. I originally come from a small village named Coazzolo, in Northern Italy. After spending several years in Paris to pursue my Ph.D., I fell in love with Los Angeles, and I currently live in this wonderful city.

Interview With Thomas Wasden: Historical Linguistics And The Humanities